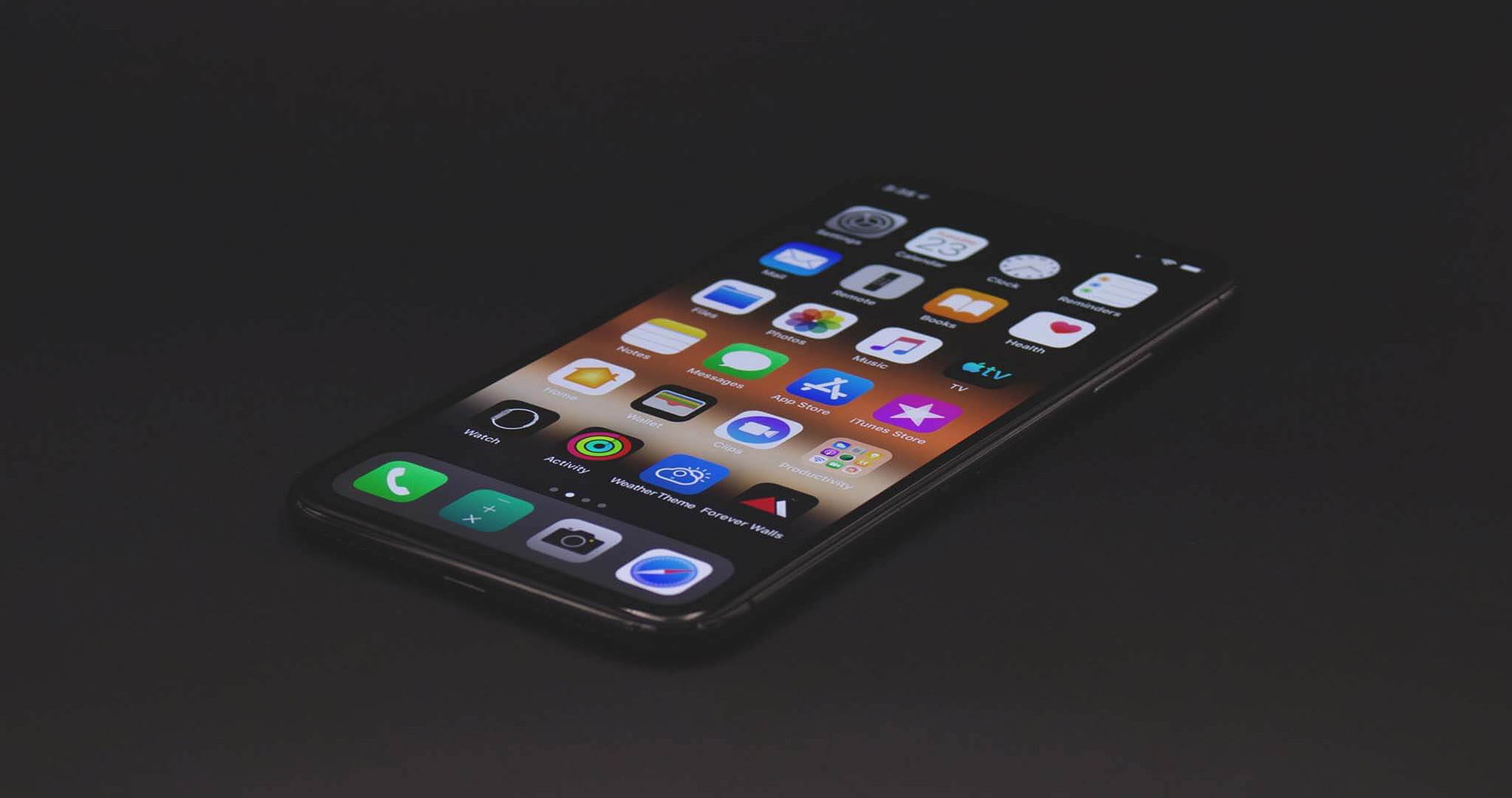 All You Need to Know About PWA on iOS

In the last decade, worldwide smartphone use has continued to rise year over year. It is expected that by 2026 the number of active users will reach 7.5 billion, accounting for the vast majority of the world’s population. If we take into account that, in the US alone, adults spend over three hours per day on their smartphones, it’s clear that we’re looking at an exponential rise in media and app consumption.

Native apps, those built specifically for Android or iOS, have always been the pinnacle of mobile devices. However, in recent years, we’ve also seen a third player enter the app development landscape, i.e., Progressive Web Apps (PWAs). Brands and businesses are now considering them as an alternative to native app development. Especially, with more and more myths debunked around how they work.

In this article, we’ll explain what PWAs are and whether they work on Apple devices. We’ll also discuss why many companies choose to develop a progressive web app over a native app and will share a PWA iOS example on the app store.

The current state of PWAs

Gartner predicted that by 2020, PWAs would replace 50% of consumer-facing native apps. There is limited information that indicates whether this prediction came to fruition. Still, over the last few years, consumers have had fewer inhibitions about downloading something that isn’t on the App Stores, with big brands like Trivago, Twitter, and Flipkart all having developed PWAs.

Some research suggests that the number of origins with PWAs grew by 170% in 2020, outperforming previous years. AppBrain statistics show that 12% of apps in the Play Store use Web View. With several no-code or low-code solutions available, a significant number of new PWAs is inevitable.

Although native apps tend to offer optimal performance, better device resource usage, enhanced security, and more customizability options, there are some core reasons why PWAs are becoming the preferred option for developers. Let’s take a look at them now:

Read also: PWA vs. MPA vs. SPA – What’s the Best Choice for Your App?

The key question that typically surrounds PWAs is whether progressive web apps on iOS actually work. Brands are reluctant to develop them as they think it restricts their audience.

Let’s make it clear once and for all – progressive web apps do work on iOS. Although the implementation may be a little restricted compared to other platforms, they still work perfectly well. Apple could undoubtedly care a little bit more about PWAs as there isn’t much documentation and the relevant APIs are pretty hard to come by. That said, the experience is improving with every Safari release.

The specifications of Safari affect which functions iOS users can access. For example, iOS 12 supported features include:

iOS 13 brought about improvements to the App Lifecycle, and PWAs can now run in the background, whereas they couldn’t work on previous versions. For users, a PWA on iOS 13 will run so that they cannot tell the difference between that and a native app.

iOS 14 and the new version of Safari will likely bring about even more progression.

Can you put a PWA on the App Store?

The short answer is: yes, certainly! While it’s a common misconception that it is not possible, Apple incrementally makes it easier for developers and marketers to release PWAs via the store. In 2007, Steve Jobs hinted that PWAs could be the future for development and recent updates appear to be moving in that direction:

“The full Safari engine is inside the iPhone. And so, you can write amazing Web 2.0 and Ajax apps that look exactly and behave exactly like apps on the iPhone. And these apps can integrate perfectly with iPhone services. They can make a call, they can send an email, they can look up a location on Google Maps.”

The App Store review guidelines say that the app should include features, content, and UI that elevate it beyond a repackaged website. Essentially, Apple insists that you only submit “app-like” websites to the App Store, and they shouldn’t simply be a copy of your website. As long as that is the case, you are free to put your progressive web app on the App Store.

If you need assistance in publishing your own progressive web application to App Stores, see the Firt.Dev guide here, which includes a full video tutorial. If you are an enterprise developer, the video analyzes how you can distribute PWAs for iOS through Mobile Configuration files, and PWAs for Android through Managed Google Play iframe.

Progressive web apps can be installed on every desktop and mobile operating system from the browser. Submitting a PWA to Google Play Store is even easier than the Apple Store. Chrome supports Trusted Web Activity and Custom Tabs, making it possible to package up the PWA and submit via the Play Console.

To validate that it’s possible to add a PWA to the Apple App Store, we released our own app, which you can find on the link below.

See the example PWA in the App Store

Some people say it’s not possible. We said: let’s check!

The Neoteric sandbox app gives you a demo presentation of PWA possibilities. It shows you plenty of features, including storage, photo uploads, geolocation, video, and device orientation. You will see it’s a native app-like experience for the user but with a cross-platform web application.

Is it worth building a PWA?

There are plenty of reasons as to why it is worth building a progressive web app. We briefly covered some of the benefits earlier, but here is some more detail and additional advantages to help make your decision.

When designing a PWA, you can focus your efforts on a single build as you only have one thing to maintain. There is no requirement to develop different apps for each platform, e.g. Google Play and Apple Store, as with native apps.

As you don’t need to develop separate apps, the project can be managed by a single team, saving time on communication and task lags.

With simple scalability, PWAs can be significantly cheaper compared to building a native app. Native apps are not always responsive on all devices, and you might have to create multiple versions to support that. Further resources are needed to build separate iOS and Android apps if you go down the native route, as you need people to understand multiple coding languages. Updating and maintaining native apps can be just as costly as building them.

No app stores or intermediaries are involved when you are ready to publish the app.

Operates offline just as well as a native app

PWAs will cache data, meaning people can use it without an internet connection (naturally, depending on the app specificity, to a certain extent).

Apps can be downloaded from your site

There is no need for users to visit an App Store to find your PWA. They can download it directly from your website, and a widget will appear on their phone. If we add in the high app performance rate and offline availability mentioned above, we’re looking at a solution that promotes high app retention.

The most common question asked is do PWAs work on iOS? Although there are not as many PWAs in the Apple App Store as in the Android Play Store, they absolutely do work, as we’ve proven in our earlier example. More PWAs are making their way to iOS with every new release, and the number will continue to grow.

The other most popular question at the moment is whether iOS supports PWA push notifications. At the time of writing this article, push notifications are not supported but there is a strong push from the industry. There is a petition that has been signed by almost 6,500 developers and marketers asking for Apple to implement web push notifications on iOS devices.

What’s the future of PWA

In short, PWAs will grow and potentially replace native apps. There are a few arguments as to why this will be the case.

First, the simplicity, speed, lower costs, and customization options of PWAs make them very attractive to developers and marketers. Many of the barriers to entry with native apps are removed, creating a more streamlined process.

Businesses switching to PWAs also notice higher customer engagement and better conversion rates due to a phenomenon known as the “mobile revenue gap.”

For users, you may have come across websites where you are shown Reject and Allows buttons to decide whether to receive alerts from the site. The functionality means users can link to your website with one click and enables the application to be cached with PWAs.

Perhaps most important is the fact that Google strongly advocates PWA development. Google has always led the charge with PWAs and, in 2016, adapted it as the new development standard. Google partnered with Twitter in developing the Twitter Lite PWA to help serve environments with unreliable connectivity. Twitter Lite requires less storage space and, most importantly, can work offline with caching.

Using the information presented by Google, AliExpress transformed its business with a new progressive web app, increasing the new user conversion rate by 104%.

In another Google development example, the Saudi retailer United eXtra Electronics was able to grow eCommerce sales by 100% with web push notifications. Push notifications are a significant component of PWAs and increase user engagement. Thanks to the PWA, the retailer also improved click-through rates by 12% and saw a fourfold increase in re-engagement.

PWA also helped 5miles, a mobile marketplace, increase conversions by 60% and decrease their bounce rates by 50%. There was also a 30% better conversion for users who arrived via the Add to Home Screen button. Push notifications and prompts meant that the mobile web became the heart of their success.

We have already mentioned how Twitter uses PWAs, but virtually all of your favorite social media platforms are now actively developing with this technology, including Instagram and Pinterest. Uber’s PWA allows users to hail a ride without downloading and installing the native app. The speed and convenience of service do wonders for their SEO while ensuring people with poor connectivity can still use the app.

Starbucks, Financial Times, Forbes, and Google Maps are all investing in PWAs. The prevalence of big brands using the technology shows that it’s here to stay as companies optimize user experiences and make their business unique.

It is both possible and advantageous to publish a PWA on iOS. With every new release and Safari upgrade, the benefits of PWAs continue to grow, and their prominence in the Apple App Store is ever increasing. The lower cost, better user experience, faster development, and connectivity of PWAs are just some of the many reasons why they are the perfect option for your business.

How does it work?

Learn more
Fitness software development
How Much Does It Cost to Create a Fitness App?

Web Development
What Is Progressive Web App (PWA), and What Are Its Most Important Benefits?

How to Build a Custom Workout App for High User Engagement?
Learn how to build a custom workout app, improve your customers' engagament and help them achieve their fitness goals....
What is Angular Used For and When Should You Use it Instead of Other Frontend Technology?
What is Angular used for? Is it frontend or backend framework? Read on to learn everything about Angular, its applications, pros, and cons!...
Does My App Need Performance Tests?
It takes 0.05 second to form an opinion about an app! See how running performance tests help you make sure your app is fast and efficient....
Top Company on Rated 4.9 / 5.0 by 46 clientsRated 4.9 / 5.0
Top Artificial Intelligence Companies 2021
Top AI Companies 2021
Top Web Developers 2021
Top Web Developers 2021